It’s called sugar dating and it’s a way for students to pay off student debt, but health care professionals say it’s not a sweet deal and in fact, sugaring can lead to more harm than good.

Urban Dictionary defines a sugar baby as “a young female or male who is financially pampered and cared for by a sugar daddy or sugar mama in exchange for companionship or sexual favours.”

Sugar Baby University (SBU) tracks the number of sugar babies signed up from Canadian schools. Brook Urick, who works for the sugar dating website Seeking Arrangement, a SBU affiliate, explains they can track the numbers because students register on the site using their school assigned email address.

According to Statistics Canada, student debt totals over $16-million. Youth employment is at 14.5 per cent and tuition costs are up 40 per cent from 10 years ago and Urick says these are reasons people consider sugaring.

Treena Orchard, a health studies professor at the University of Western who researches sex work says sugaring is an emerging form of sex work.

“Sugaring is a kind of sex work because as per standard definition of sex work and prostitution is, an exchange of sexual favours and sexualized kinds of interactions with money or other kinds of goods,” says Orchard.

Urick says the difference between sugaring and sex work is the dynamic of the relationship.

“Sex is not a requirement but rather a single component of the arrangement, sometimes there is no sex at all,” says Urick.

In response to the overwhelming debt crisis, Urick says 206,800 Canadian students are utilizing Seeking Arrangement as an alternative method of financial aid in order to ease students’ wallets and minds.

But Orchard says she believes the stress of living a double life of hiding any involvement in sugar arrangements can lead to mental unhappiness and psychological problems although it may not be as prominent in all sugar babies.

“It really depends on the person, it can totally eat someone up and mess them up mentally, psychologically, emotionally for sure, but it depends on how long the situation has gone for and their past, trauma and abuse,” says Orchard.

“Each relationship we have is seeped into whatever ones we have in the future, especially if you’ve experienced kinds of things you may call ‘exploitive,’ you may not be trusting of men,” says Orchard who believes the majority of sugar babies are women.

Emily Zimmerman, a sociology graduate of the University of Laurier who has published one of the first research journals on sugar babies, Sugar for Sale: Constructions of Intimacy in the Sugar Bowl says the dynamics within relationships involving a power imbalance is a cause for concern.

Zimmerman says sugar relationships can lead to emotional damage and even an increase of violence if the sugar baby feels pressured into having sex and is unlikely to refuse it due to receiving goods.

“The power difference in not being able to consent fully if they feel like they owe someone something,” says Zimmerman.

The journal author also says the dangers of sugaring can even lead to sexually transmitted infections.

“If he inflicts or demands that they have sex without a condom and that she doesn’t feel like she has the power to say no to that, I think that is definitely a risk that puts women at,” says Zimmerman.

Urick says Seeking Arrangement is simply a platform and is unable to guarantee relationships are safe on an emotional and physical level.

“When someone is off the site and in a relationship, we as a dating site have no ability to intervene in personal relationships,” says Urick.

Twenty-first century love on dating apps: effects on the brain → 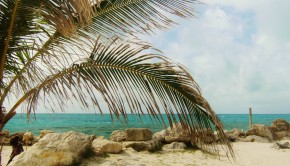 Effects of travel on the mind, mental health →