Humber College is introducing a vigorous cleaning regimen in the wake of a norovirus outbreak at the north campus residence, according to the dean of students.

It was widely reported in various media that on January 19, ambulances and two medical transport buses brought over 40 people to hospital throughout the night. Most spent several hours in emergency being rehydrated, and at least one person was admitted. In total, 215 people were reported affected.

Robert Hilson, a Humber resident, witnessed the outbreak. “Everyone’s wearing masks and people are throwing up – this probably like seven or eight o’clock. I look outside the window and there’s… four or five ambulances all lined up,” he says. Hilson says he got sick the next day.

Jen McMillen, the dean of students at Humber describes new processes to combat the outbreak. High-risk areas such as bathrooms and kitchens were scrubbed with special chemicals, students were sent home and given access to academic consideration and all food sold at the school has been individually wrapped. Chartwells, the company in charge of food services, have staff running the self-serve stations.

As well, she says, the school has used a process called ‘fogging,’ which involves blasting a room with powerful disinfectants, to clean up at-risk locations.

“We were able to do the entire gymnasium… we then shut down the third and fourth floors of the Learning Resource Commons in order to do a deep clean there,” she said. The rooms of all sick residents were subjected to the process, as well as the rooms of anyone else who wanted it.

Samantha Shaw, another student who got sick, says that there is more cleaning or residence now than ever before. “There’s a lot of cleaning now…a lot more at the front desk, the washrooms are always being cleaned, any surfaces, especially the door handles.”

She and Hilson both say Humber Residence was very communicative about the outbreak.

Norovirus is a very infectious virus that can survive in a person undetected for as long as month, says Tetro. He says that residence was especially vulnerable to outbreak. “The virus will… spread most readily when you have gatherings…In residence, especially in a communal bathroom,” contaminated food sources are also a problem, he said. He says that future outbreaks can be prevented with continued vigorous cleaning methods and use of hospital sanitation protocols. 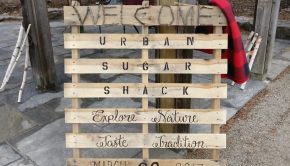 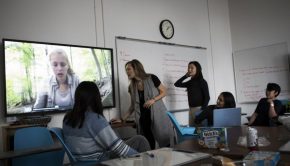