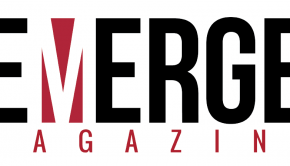 Many grade 12 students came out to Guelph-Humber to experience the media studies program.

What Does The Future Hold For GuHu?

GuHu Media has seen some drastic changes since starting up a few years ago. What does the future hold for the Guelph-Humber media studies society

Guelph-Humber vs. Humber: how does radio measure up?

Nana's Naughty Knickers is the spring production for Theatre Etobicoke and it stars a female lead who is elderly. The play centers on Sylvia Charles an 85-year-old woman who manufactures and sells lingerie illegally, while her lawyer-to-be granddaughter is living with her for the summer.

Soccer may not be as big in North America compared to Major League Baseball, the National Football League, the National