Ignite released the expense report for its rebranding this year, and many said the report left more questions than answers.

The Thistletown Food Bank is hungry for donations 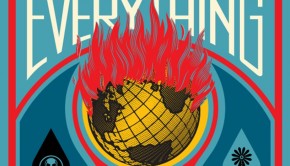 Reading week travel for students looking to save

With reading week quickly approaching, going on vacation while staying budget-friendly is desirable to many students at this time

While there are efforts to gain traction, the weak dollar is leaving many stores with no choice but to raise

Recently released from prison in Egypt, Fahmy says "something good has to come out from all of this mess"

Nordic pole walking: what is it?

“Nordic walking poles are not assistive devices, but instead provide a workout that is superior to walking and provides many

Dr. Gary Ellis says Canadians should be aware of the costs and safety issues associated with legalizing marijuana

For school credit, imagine seeing a large castle with a waterfront view and clear blue skies in Denmark. At the