Toronto Prep School has created a film to help raise awareness for the need of a mental health curriculum in schools.

Effects of travel on the mind, mental health

Travel has benefits on the mind, soul and mental well-being, thanks to vitamin D from the sun

Depression: There is help

When Katie Purdy, a third-year student at the University of Guelph-Humber first developed depression, she was unaware of what it 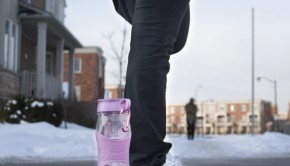 Unwind one step at a time

Running isn’t just a great way to shed those unwanted pounds but it can also help relieve that extra stress.