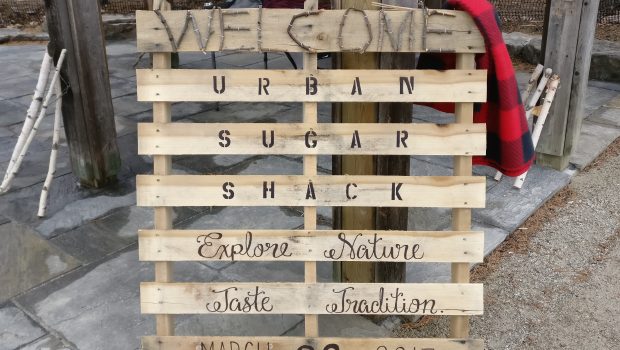 What better way to celebrate Canada 150 than by tasting fresh maple syrup?

That’s what the organizers of Urban Sugar Shack thought when they were coming up with the event. What started as an idea for a tree planting workshop “snowballed into this big event,” said Humber student and event organizer Emily Long. “We wanted to celebrate Canada’s diversity, everything that Canada is and everything that we’re so proud of.”

Urban Sugar Shack was a final project assembled by a group of 10 event management students at Humber College.

Student volunteer Emek Hancer said that proceeds from ticket sales will help fund nature camp activities for children living at the Ernestine’s Women’s Shelter. Money raised from the event will also be given back to Humber students through the Humber scholarship fund.

Visitors to the Urban Sugar Shack were treated to a guided walk through the Humber arboretum. Several activities were scattered throughout the trek, like shelter building and chickadee feeding – a crowd favourite.

Sue and Gerard Hatchette came all the way from London to attend the event. “I love just being outside and exploring, I’ve never been in this area … I didn’t even know it existed. So it was pretty cool to walk around and see the area,” said Sue.

They also got a chance to taste pure maple sap, which an educator from the centre for urban ecology said is a rare opportunity, and to pepper the side of ‘Mt. Arb’ with seed bombs – little brown balls of dirt, clay and seeds.

“The Timbits tasted a little like dirt,” joked Gerard.

The event came to a close with fresh pancakes served with syrup from the arboretum. “It was a good time, a good variety of events and it was a good job. It was very professionally done. For a bunch of students, it was really good,” said Paul Sarjeant, who came with his niece.

“It’s so important to really focus on being proud of where you’re from and there’s so many great things about Canada and we really wanted to show that through this event,” said Long as things wrapped up. “We were really, really happy with the amount of turnout. We hope everyone had fun.” 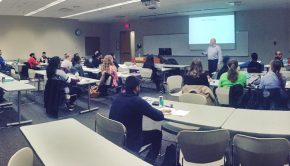 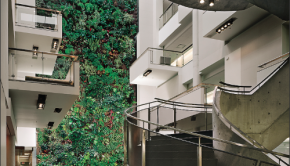