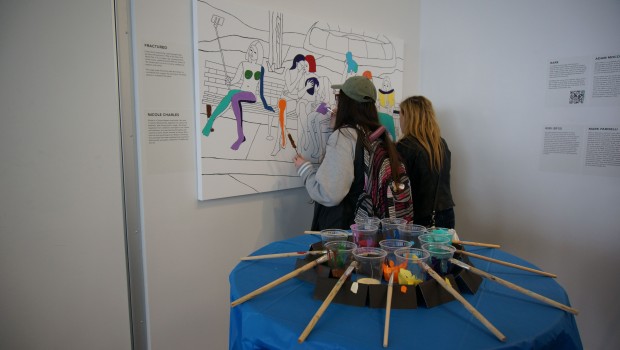 “I liked that you used different types of queers in your films. I feel like in other movies it’s always the same stereotypes being replayed,” said Nathania Bron, Humber fitness and recreation coordinator. She was one of the attendees at a discussion about Mark Pariselli’s short films.

“I try to add a variety of queer people in my stories,” he said. Pariselli’s films explore themes of identity, sexuality and acceptance. He has screened them at over 40 international film festivals in 19 different countries and won the Best Short Film Award at the 2011 Sicilia Queer Film Festival in Italy.

Pariselli said showcasing diversity in the queer community is important because there are still people who discriminate within it.

For example, Adam Moco, photographer, exhibition curator and also a Humber alumni, said people put things like “no blacks, no Asians, or no femmes etc.,” on their social media profiles. He added, “You wouldn’t say these things in real life, so why is it okay to do it on social media? It’s so upsetting.”

Pariselli said, “It’s so bizarre, like, you are not grocery shopping.”

Moco added, “One time, someone I was talking to on the Internet felt the need to disclose the fact that he was Asian before he sent me a picture of himself. I said, ‘I’m sorry you feel the need to do that’ because it doesn’t matter…. This is what technology is doing to us.”

Pariselli feels that part of this stigma has to do with a lack of representation in the queer community. “More queer stories need to be told, and there needs to be variety. That is where my passion lies,” he said.

As part of the exhibit, Moco said he tried to show variety in his photographic series called Bare, which is still on display in the gallery until the end of today.

“My portraits are not of your typical muscle man,” said Moco. “They are of the male naked body in all its vulnerability, exploring body image in the queer community,” he said. The images ranged from heavier-set men to skinny men, all raw and untouched.

“We need to be more open minded. I hope people get the message,” said Pariselli.

However, he said the exhibit wasn’t nearly as busy as he thought it would be. Only three people showed up to his film screening on March 31.

This is the second time this year a Humber North exhibit didn’t receive much of an audience. An exhibit in late January showcased the world’s water crisis in photographs and it was hard getting students to provide feedback.

At Prismatic Intersection, Pariselli was waiting for more people to show up when he said, “I was planning to have a question and answer period, but if it’s just us, then we can go for coffee or something.”

During the closing ceremony of Prismatic Intersection, Nicole Charles displayed her line art, like that in a colouring book, called Fractured. The illustration celebrates the female spirit by showing different aspects of womanhood like curiosity, intelligence, vanity and attraction.

Charles asked viewers to add their mark by painting within the lines. The painting became a rainbow within an hour at the exhibit, filled up with different strokes by approximately two-dozen people. 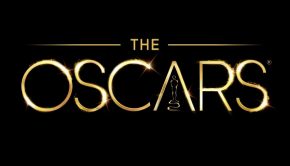